Hotels as Storytellers: Hotels as Books of Elytis 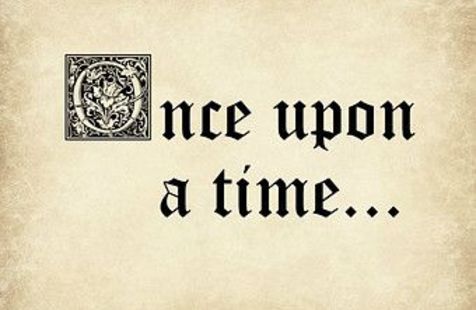 «Opening a book of Elytis’ poetry you let in the salty air from the Aegean, the sun, the blue skies, the smell of jasmine in summer, the feel of dried sea on your tanned skin, and desire for love and to be loved in return. You let out the tempest in the ancient Greek soul – the one that is constantly seeking light and truth. »  (Inpersephonesgarden.com 2014)

This article furnishes insights into how hotels are books of Elytis, how they function as storytellers that stimulate the taste, the vision, the smell, the touch through their narrative experiencescape.

The Finnish hotel Klaus K in Helsinki elucidatively exemplifies the efforts that have been made towards the direction of developing a hotel around a story.

A differentiated from the traditional chains hotel was conceived by and creatively performed in real life hotel challenges by Stylt Trampoli AB (http://www.stylt.se/) . The diversification laid on the emphasis that would be put on the incorporation of arts, on the interior design, the innovations and the service. The aim of this concept-brand hotel was to place high value on the special historical narrative of the town, based on the Finnish national epic Kalevala, by translating this heritage resource into the spatial design of the hotel. Indeed, its name, Klaus K, ensued from one of the characters of Kalevala mythology, Knight Klaus Kurki.

The existing 70 years old hotel, situated at a classy region of the city, functioned as a typical hotel and also had lately become member of the hotel chain Sokos. As a pre-opening manager, a renowned manager with bold career in United States was assigned, having also performed as the manager of Hotel W Union Square, member of Starwood’s lifestyle brand W Hotels and the most profitable hotel in New York for three consecutive years. With the help of a former manager, creator of a series of concept restaurants in Finnish culinary scene, the purpose was outlined: Klaus K should become the first Design Hotel in Finland.

The pervasive «style and story» philosophy that had been decided for the hotel, focused on the incorporation of the hero of the epic, the highlighting of the Finnish cue, the impressive contemporary spatial hotel design, the character of the city, the modern Finnish people and the magnitude of Kalevala. After exploring the historical narrative of the epic of the late 19th century through textiles, music, paintings and crafts, and also the contemporary culture of Helsinki and concomitantly the value of the city for domestic and international visitors, Kalevela was implicitly embodied in the modern Finnishness, crystallized in a concept proposition that enacts the eternal conflicts: life – death, light – dark, rural – urban life, old – new, pleasure – sorrow, pride – humility. This dualism should be representatively experienced in the interior design and marketing of Klaus K Hotel: The hotel rooms were classified into sections like «passion», «jealousy», «desire» and «mysticism». In this storytelling- perpetual environment which makes an implicit use of the epic plot, the central restaurant of the hotel, along similar lines, is named after the Finnish first mother of mythology, Ilmatar. Following this rationale of narrative illustrations of Kalevala, the hotel was compartmentalized into two sections that further represented the contested codes of white and black. In the white part pure spirits were served whereas in the black one dark, with an approach of the Finnish melancholy and humour permeating the entire concept. Maybe this symbolized account does not make total sense for the American clientele, but Finnish people appreciate the intricate choreography of the history with their distinct modern national cultural personality.

Eventually, the company endeavored to «create a picture of modern-day Finland and why it is like it is», and the combination of Finnish history and the contemporary life, Finnish nature and the modern personal mark of the hotel proved challenging and successful. The conceptual development could be succinctly stated as «a personal, contemporary hotel inspired by the emotional contrasts of Finland’s national epic, its nature and drama.»

Klaus K elicited enormous media attention. Six months before the opening, CNN, the New York Times, Financial Times and other prestige international presses wrote about a hotel that nobody had seen. A month only before the opening, the British magazine Arena desperately asked for pictures of the hotel as they had incorporated it in their «top five things to do on New Years Eve» list. The most notable fact is that the overwhelming majority (95%) of the media coverage included the link with the storytelling-added value of Kalevala, while no particular emphasis was placed on the membership of Klaus K in Design Hotels.

Mossberg (2008), appositely, notes: «Though Design Hotels is new in Finland, it is not international news compared to building an ultra-modern hotel based on an ancient saga». 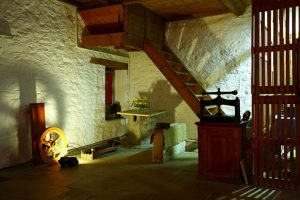 Nicholaos Verneriotis established in 1860 in Hydra a sponge factory which today, restored, comprises one of the most charming small hotels of the Greek hospitality scene. The hotel called «Bratsera» refers to the small fishing boat of sponge divers who rested in it after endless solitary dives in the Greek seabed; something like the retreat sought by the resident of the big city.

«Bratsera» consists of 25 rooms of special identity, amalgamating the marine tradition, adornment with nautical memorabilia, whitewashed walls and modern amenities. In a separate building is located the suite of distinctive character, Virani, with its unique handmade gilded friezes on the ceiling, the history of which is traced back to 1750 (Bratserahotel.com n.d.).

Takeaway line:
Bratsera Hotel is an epitomizing example of a hotel that constructs itself visually, creating added-value and its branding storytelling from the iconographic reflection of the narrative and historical tradition of its performative building.

All in all, experiencescape constitutes an affective environment on consumer’s perception of the hospitality product and it is expressed through an amalgamation of the architectonic performative spaces and the ambient conditions. Or as Svabo et al. (2013, p. 315) put it: «spatial design in the experience economy stages symbolical and physical environments that afford experiences and guide people’s movements, interactions, purchases and experiences.»